Designed By: The Official Tees and Tanks Store 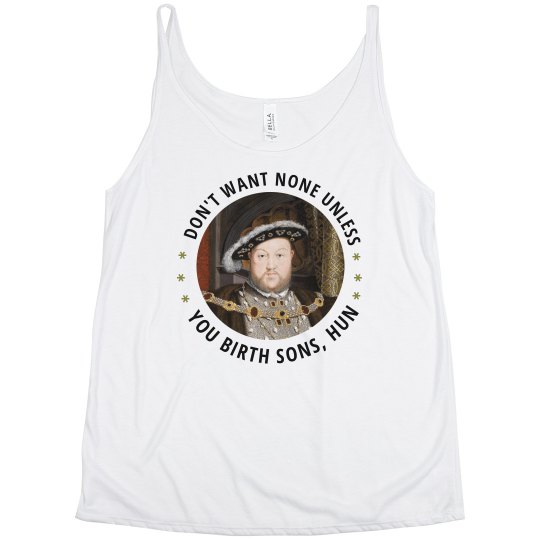 Design Details
It's a surprisingly little known fact that Henry VIII often referred to himself as the "Kanye of his time". He was a prolific rapper and entertainer, most frequently rapping about butts. Specifically: big butts. And also: sons. He really wanted sons. Centuries later, as Sir-Mix-a-lot toiled away in the dark recesses of the Vatican library, he came across some of Henry the 8th's unpublished works. Mr. Mix-a-lot brought the works to a larger audience through his lyrical classic "Baby Got Back". This accomplishment eventually led to his knighthood, which is why he now goes by "Sir".
Category: Trendy
Size Chart
Ladies Flowy Slouchy Tank Top 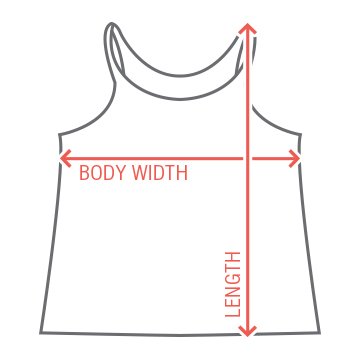 runs small
fits perfect
runs large
Product Details
For that comfortable roominess, this Bella Tank is designed with a slouchy fit and thin straps for an ultra-sleek look. Sizing and Material Notes: Sizing Tip:
Earn 16.02% when you sell this item.
Interested in Storefronts?
Reviews
Loading Reviews...

More from: The Official Tees and Tanks Store 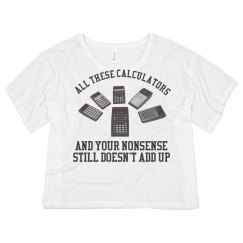 Your Nonsense Doesn't Add Up 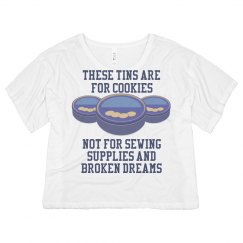 Not for Sewing Supplies 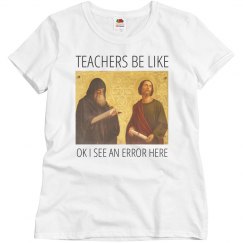 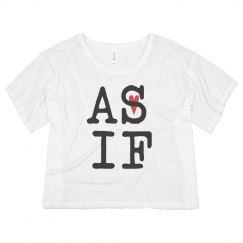 As If - I Heart NY Parody 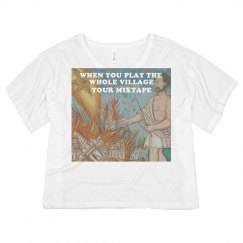 The Village Loves You 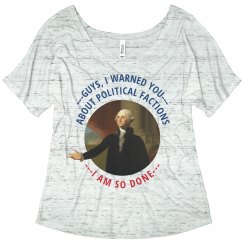 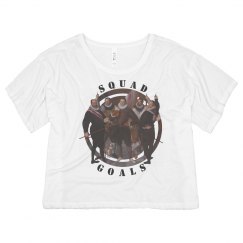 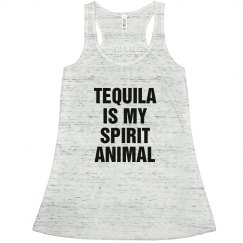 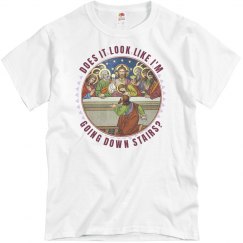 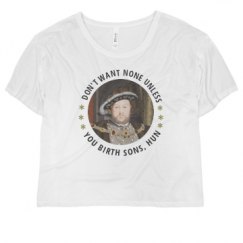 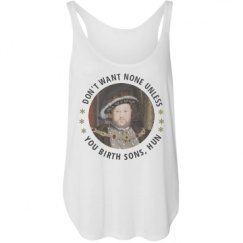 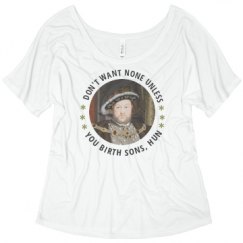 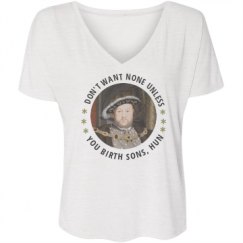