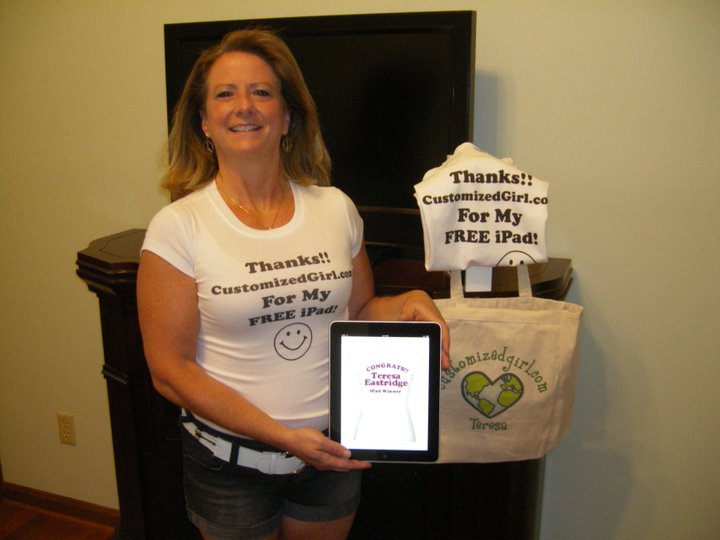 CustomizedGirl.com recently hosted an iPad Giveaway contest in which one lucky winner would win a free iPad, just by becoming a fan (before there was the “like”), and posting a message on their Facebook status! On April 21st, we announced that that lucky winner was Teresa Eastridge! We are so happy for her, and hope that she’s enjoying her fabulous prize! If you didn’t get a chance to check out our Facebook page, Teresa said:

WOW! Thanks CustomizedGirl! My iPad arrived yesterday. What an awesome prize and it arrived so quickly. This is the coolest thing I have seen. I love it. I can take it anywhere in the house and get to the Internet, listen to my iTunes and show friends my pictures, including this one of me in one of my two new T-shirts. Thanks for the tote too! Going to the beach soon and that will come in handy. I just can’t thank you enough for all my cool prizes.

Teresa also received a tote and two free t-shirts along with her iPad. Congratulations Teresa, we hope that you continue to enjoy your iPad! For those of you who participated in the iPad Giveaway Contest and did not win, don’t fret. That was definitely not the last contest Customized Girl will be offering! Thanks again for the update, and sharing your picture Teresa!

Getting ink isn’t just for sailors and gang members anymore! These days people get tattoos to signify love and commitment, commemorate life-changing experiences, bonding (think group trips to the tattoo parlor to get matching tats), memorialize a loved one, to stand out (although it would have to be pretty unique to do that these days), or as a way to express one’s identity.  All of these reasons would not have been as socially acceptable, say, 15-20 years ago when it was considered “deviant” to get a tattoo.

A 2006 study done by the Journal of the American Academy of Dermatology found that 26% of adults (18-50 year-olds) in the U.S. have at least one tattoo.  That’s almost one in four! 36% of Americans between the ages of 18 and 29 also admit to having at least one tattoo.  Additionally, “tattoo” is the third most searched term on the web! Tattoo parlors are cropping up all over the place, and for good reason.  People see celebrities and professional athletes with tattoos and then the general public is more accepting of them.

Today tattoos have inspired popular reality television shows like TLC’s Miami Ink, and A&E’s Inked.  Many fashion designers such as “Ed Hardy” and “Affliction” have also taken to producing designs reminiscent of the tribal tattoo look.  You can even create your own designs on websites like ours (CustomizedGirl.com Wooot).

While tattoos are in vogue right now, it’s still a good idea to give it a lot of thought before you make the decision to get one because they are permanent, pricey, and painful to get removed.  Otherwise, if it’s something you have wanted for a very long time and you know you won’t regret it, go for it! You’ll be in good company in today’s tattoo society.

Hey CG Fans! Just wanted to show a little blog love to a couple of our awesome/amazing/creative CG Fans! First, I want to give a special shout-out to Genni Harper-Currie, who posted her design that she created for her walk for Conner, who has Cystic Fibrosis. Genni tells me that Conner is getting ready to go into Hospice care, and we just want to let you know that everyone at Customized Girl is thinking of you and your family! It is always really special to see the personal designs that our fans create, and hopefully, showcasing those that raise awareness will help benefit their cause. 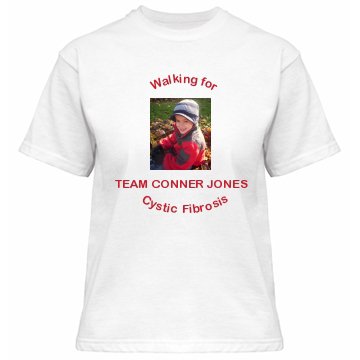 I also want to give Sharla McKeon and her family some kudos for designing super cute tees for the birth of their niece, and I think they turned out great! If you would like to get featured on the blog, post a picture of yourself in your CustomizedGirl.com apparel to the Customized Girl Facebook Fan Page! 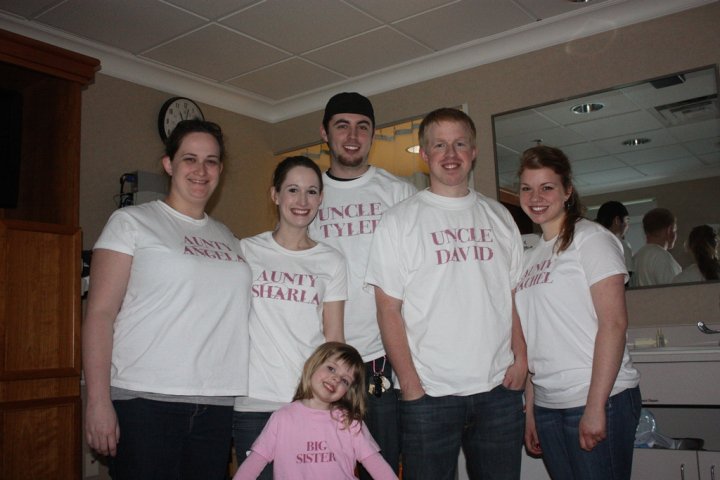 Today marks the 40th year we have celebrated Earth Day! Earth Day was founded in 1970 by U.S. Senator Gaylord Nelson. On April 22nd, 1970 where approximately 20 million Americans participated in the beginning of an environmental movement. Thousands of colleges and universities organized protests against the deterioration of the environment. Groups that had been protesting and fighting against oil spills, power plants, toxic dumps, pesticides, loss of wilderness, and extinction of wildlife, realized that they shared common interests and values.

So what can you do to commemorate Earth Day at home? If crafts like egg carton mobiles and aluminum can art isn’t your thing, why not prepare a meal that’s easy on the environment? Try some recipes that feature seasonal fruits and vegetables (Peaches, apples, sweet bell peppers, nectarines, strawberries, sweet bell peppers, spinach, lettuce, and potatoes typically have the highest pesticide rates according to the Environmental Working Group. Instead, look for onions, avocados, frozen sweet corn, asparagus, broccoli, mangos, pineapples, cabbage, and papayas, which have the lowest pesticide rates!) Look for fruits and veggies at your local farmers market, there’s less chance of them using pesticides on their products than larger farmers, and it’s probably cheaper!

If you’re looking for a great “Green” recipe, here’s one that I found on Kaboose.com that I think sounds pretty de-lish!

Dorothy I. Height, an influential civil rights movement leader, passed away at 3:41 a.m. this morning at Howard University Hospital in Washington, DC at the age of 98. She died of natural causes, and her death was announced by the National Council of Negro Women, of which she was president for 40 years.

Not only did Ms. Height fight in the civil rights movement to treat the problems of equality for the African American community as a whole, but also fought for equality for women in tandem; something that had previously been considered a completely separate issue altogether.

Height was also an executive of the Y.W.C.A, the recipient of the Presidential Medal of Freedom, and in 1963 when Dr. Martin Luther King delivered his famous “I Have a Dream” speech Ms. Height was sitting within arm’s reach of him. And even in January 2009, when Barack Obama took the oath of office, Dorothy Height held a place of honor on the dais.

President Obama stated, “And even in the final weeks of her life,–a time when anyone else would have enjoyed their well-earned rest—Dr. Height continued her fight to make our nation a more inclusive place for people of every race, gender , background, and faith.”

Clearly her efforts have made an enormous impact on our society, and she will always be remembered for her contributions to the strides we have made today in terms of civil rights. 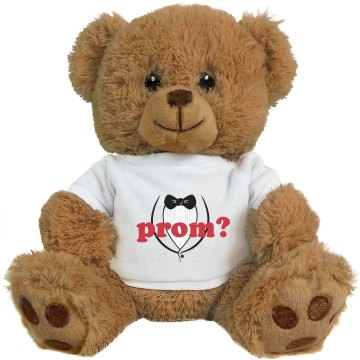 The months between March and June are typically the months where teen girls everywhere are thinking about and preparing for Prom Night.  There are many high school Junior and Senior girls who have waited their entire high school careers for this ONE night, and have built it up to be a night where miracles happen, and dreams come true.  While this may not end up being the case, it could still end up being a really awesome experience, and by following these simple tips, you can help ensure that your prom will go off without a hitch!

The Dress is Priority Numero Uno: Your prom dress should take up the largest percentage of your budget, and they vary widely by price, so it’s a good idea to get this figured out first.  If you use this strategy, then you can decide easily how you want to budget the rest of your funds.

Going it Alone, or Taking a Date: The most common reason many people have a bad prom experience, is because of the person they choose to go with.  So, why not eliminate this problem and go with people you know you will have a killer time with.  While it may seem romantic to take a date, prom is also a party, and it’s okay to go to a party with a friend or a group of friends you know you can have fun with.

Map out a Budget: I know I mentioned this earlier with the dress, but it really is crucial to map out how much prom is going to cost you so that you know what you can and cannot afford. You set back enough money for at least:

Keep It Cool: You want to remember your prom night right? These days pop culture and peer pressure have made it seem as though prom and alcohol go hand in hand, but that is not really the case.  In fact, most proms are dry, and you will be asked to leave (if not worse) if you are intoxicated at prom.  If it takes signing a “Prom Promise”, do it! You’ll be thankful you did when you can actually remember your prom night.

We have all heard the old adage, “April showers bring May flowers”, but the month of April is about so much more than “showers”! April is the fourth month in the Gregorian calendar, is one of the 30-day months, and if you’re born in this month, you’re either a Taurus or an Aries on the Zodiac calendar.  This is a month full of holidays, historical events, and fun facts that anyone (especially if you have a birthday in April) would be interested to hear.  You might even impress your friends with your superior knowledge of this fine month we are now occupying. 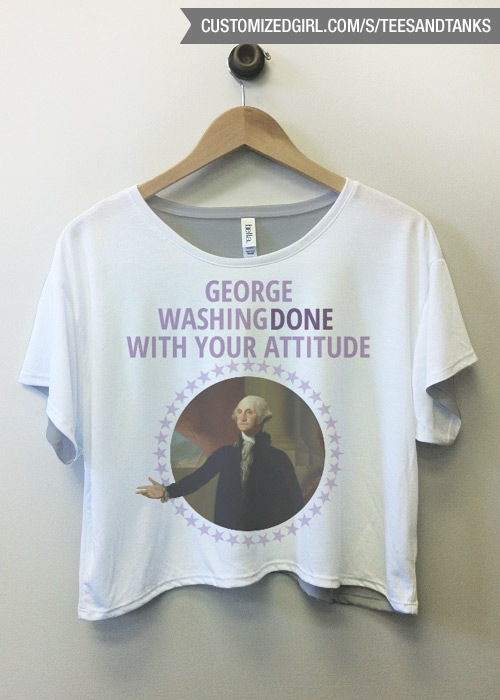 “April hath put a spirit of youth in everything.” – William Shakespeare 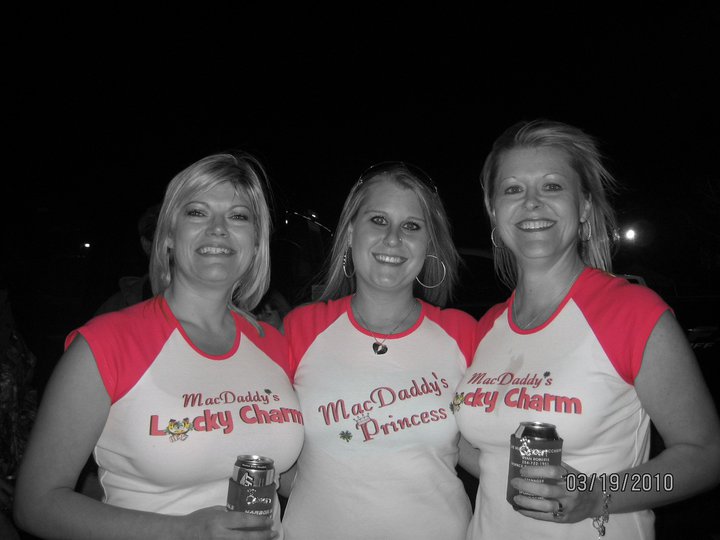 CONTEST IS NOW OVER. Congrats to Teresa Eastridge! 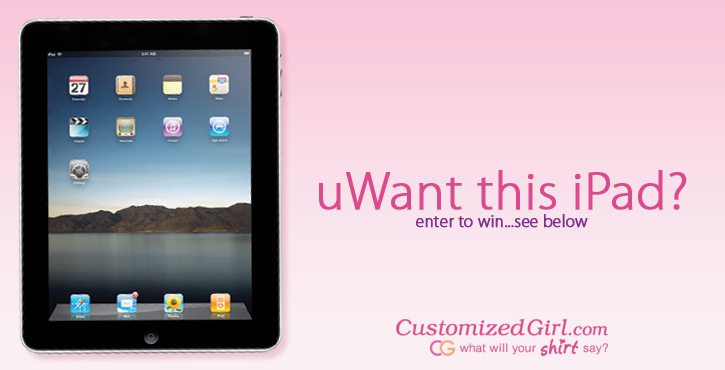 We’re giving away a FREE iPad!! Below are the instructions on how to enter, as well as the rules. The contest will last until April 20th, 2010. 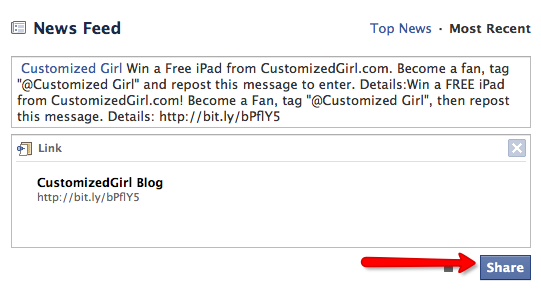 Potential contest winners can enter to win once per week. You MUST be a fan of Customized Girl during the drawing. To re-enter, all you have to do is re-post the message to your status. Must be 18 years or older to enter. No Purchase Necessary. Winner will be chosen on April 21, 2010 at random and notified through Facebook.

If you win make sure to check out the custom iPad cases on Customized Girl or create your own iPad design.