It just took one skimpy bathing suit and a few seductive poses on a sandy beach to catapult these women into Hollywood immortality. Who knew achieving fame could be so easy and bring joy to so many adolescent boys and young men? Check out this list of some of the hottest celebrity swimsuit photos in history. 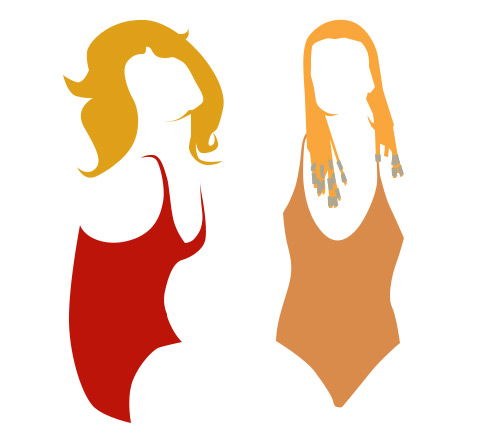 Although these shots may forever be known as some of the most famous swimsuits in history, nothing is more memorable than a one of a kind swimsuit. Visit CustomizedGirl.com and make your custom swimsuit!

In Hollywood, Scientologists and Kabbalists alike worship the same God – the almighty lord of fashion. In a town where Versace and Armani retain deity status, it’s pretty much a career deal-breaker to not follow the style laws set forth by the more innovative stars that set the bar of fashion very high. Here are 25 celebrities known for their ability to make and break trends. You don’t have to be a big buck celeb to be a trensetter. Be a fashionista by designing custom threads! Visit CustomizedGirl.com today to create your custom wardrobe! Congrats to allsmiles0960 for winning Customized Girl’s Sixth Design Contest! She wins a $250 Customized Girl Gift Certificate and her design will be featured in the August 1st issue of US Weekly. 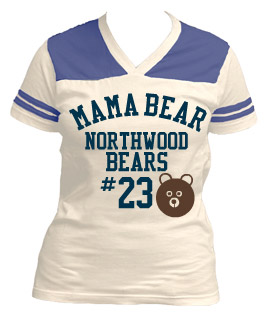 We love t-shirts that support events like high school sports.  The extra clever part was that this particular shirt was supporting a team called the “Northwoord Bears”, which made the wearer a “Mama Bear”.  Combined with a cute piece of clipart, we had to call it the winner.  Excellent work allsmiles0960!

There were so many awesome designs that is was once again difficult to choose.  The Olympics designs were especially cool.  If you’re looking to support Team USA with you apparel, look no further than the designs tagged olympics.

Thanks so much to all who entered. And with that, Contest 7 is officially launched!

Edited to Add: We have not had a chance to publicize Contest 7 much, so we’re going to let it run for another month.  A winner will be announced later in September.  Thanks to everyone who has particapted so far!

When you see celebrities all dolled up in their million dollar jewels, pulling up to the most exclusive restaurants in the latest Bentley, it’s hard to imagine that any of them could have ever known what it was like to be poor. But in fact there are many stars who come from humble beginnings and dysfunctional families. Here are 10 who have overcome great obstacles to get to where they are today.

It’s hard to be on point every minute of the day, especially when you’re a celebrity. Having to do scores and scores of media interviews each year must truly be taxing, and no one is going to nail every question every time. So, it’s understandable when stars slip up. But it’s still pretty funny. Here are some celebrity quotes that will leave you scratching your head and holding your side.