Customized Girl was thrilled to be a part of the first annual “Cosmo Con” event, this past weekend in New York City.  This event was a way for fans to support their favorite personalities from Cosmo Radio.  It began on Thursday, September 16th, and continued throughout the weekend, resulting in a three day extravaganza.  Below is the  press release revealing all of the details surrounding the event!

The streets of New York City were alive and jumping when a sea of young women, all fans of Cosmo Radio SiriusXM Channel 109, took a bite out the Big Apple as they participated in the 1stAnnual “Cosmo Con” – a fan-driven get together to salute their favorite Cosmo Radio personalities.  Based at the Millennium Hilton Hotel, the 50+ women came to the city from 17 states and Canada wearing their pastel pink, “Cosmo Con” tee-shirtswith their distinctive initials FFF: Fun, Fearless, Female. 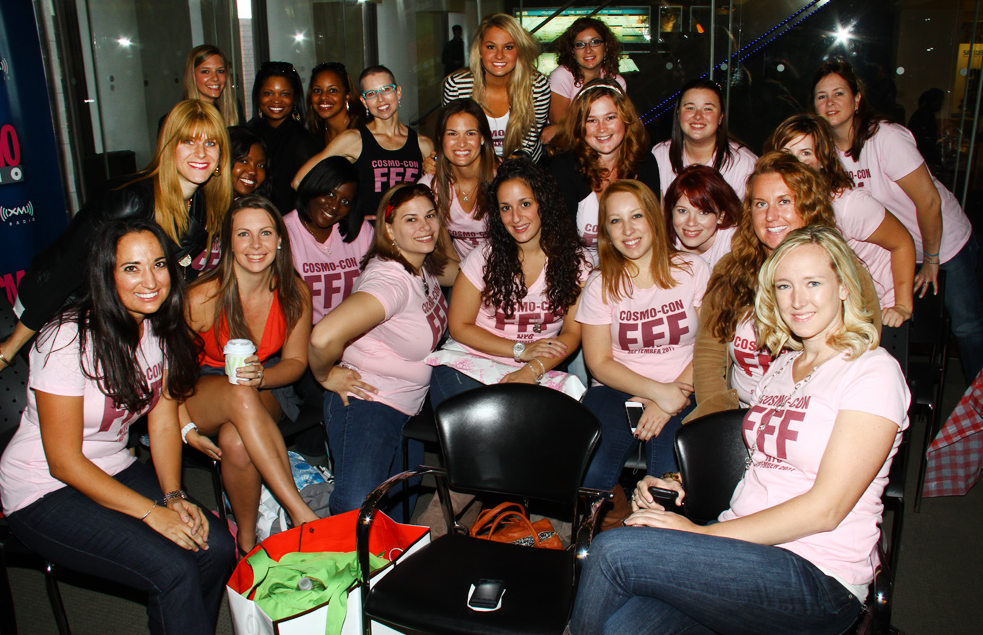 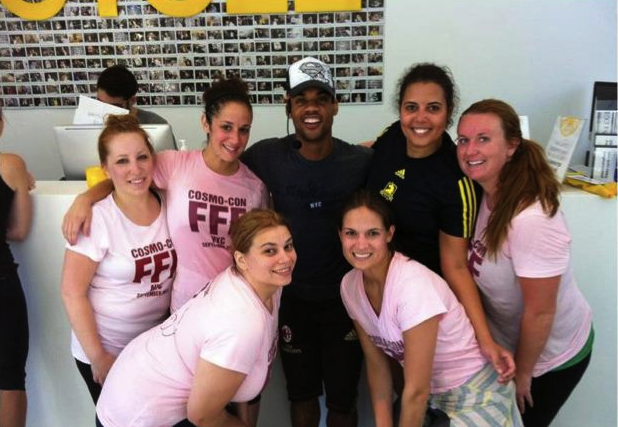 The informal gathering of Cosmo Radio listeners began with a few dedicated fans of the station, who decided they had to meet in person, in New York City. From there, “Cosmo Con”evolved into a large scale event, with several of the most dedicated fans taking the lead in putting exciting plans in place that epitomized the ultimate “girl’s weekend.” 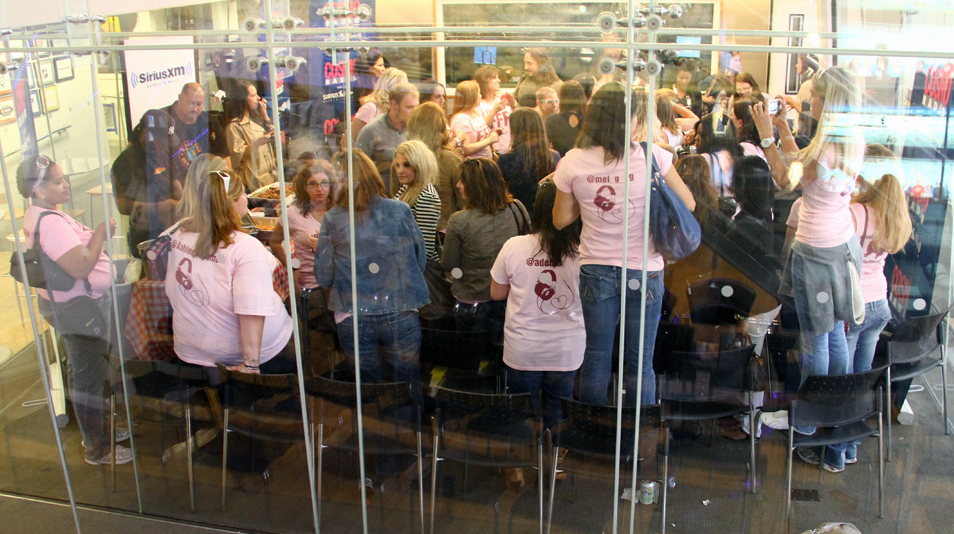 “Cosmo Con” kicked off with a Thursday, September 16th welcome reception at View of the World at the Club Quarters Hotel, overlooking the newly-opened 9/11 Memorial.  The next morning, the devoted listeners of “Wake Up with Taylor” crowded into the SiriusXM Radio Studios to enjoy “Fat Kid Friday,” a regular feature where hosts Taylor Strecker and Kenny Zimlinghaus enjoy guiltladen, but tasty treats!” The fans enjoyed delicious Dinosaur Bar-B-Que cooked in studio. “Today was basically the best day ever for us on ‘Wake Up with Taylor.’ What an honor it was for all of you to come here. Thank you, thank you, thank you” said Taylor Strecker. 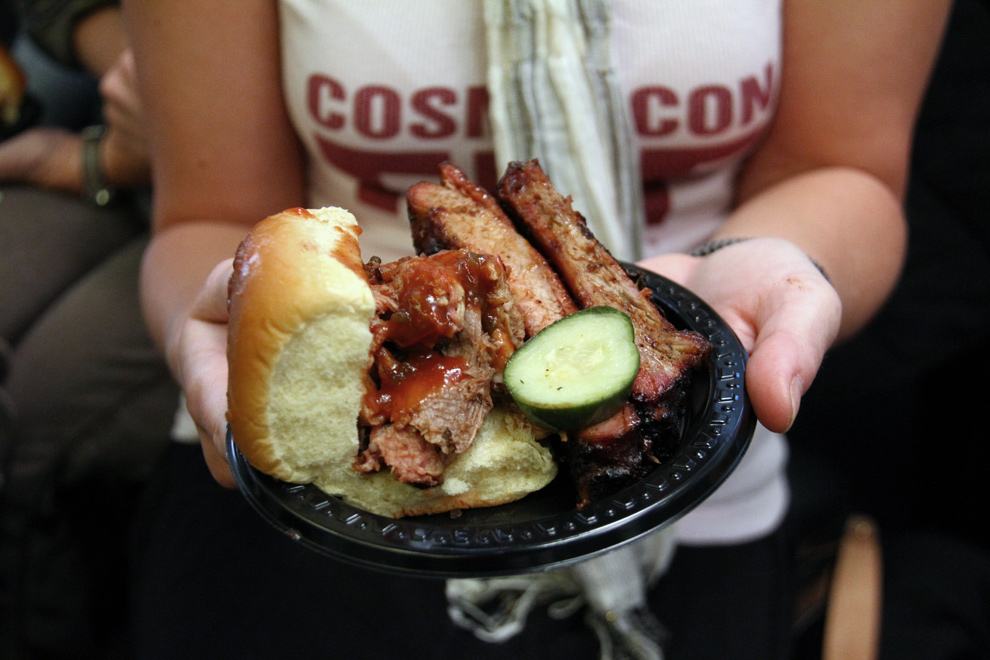 The three days were filled with numerous get-togethers, some formal, some not, with food experiences such as Ed‟s Lobster Bar and S‟Mac taking a top place, followed by shopping, sightseeing and exploring the night life of New York City. A standout event was the Happy Hour for the fans in town for “Cosmo Con,” hosted by their favorite Cosmo Radio personalities from “Wakeup with Taylor” and “Cocktails with Patrick” held at the W Hotel in Union Square. 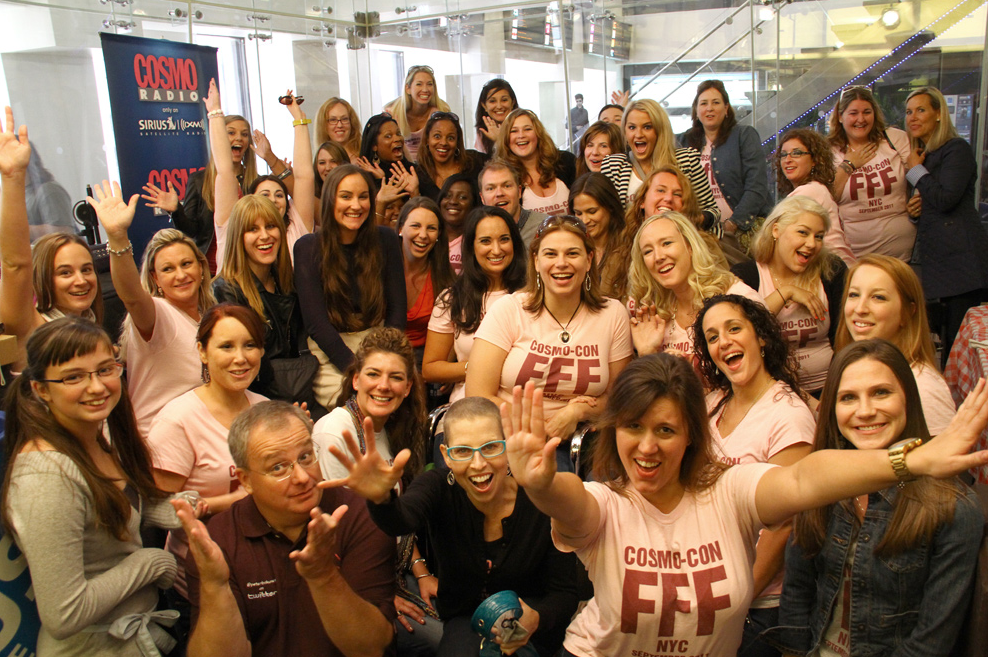