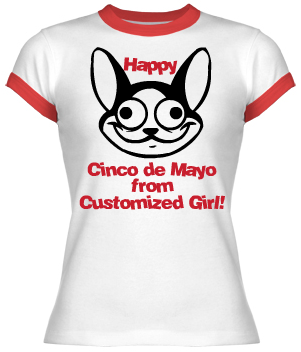 “Cinco de Mayo has come to represent a celebration of the contributions that Mexican Americans and all Hispanics have made to America.” ~ Joe Baca

Most people are under the impression that Cinco de Mayo is the celebration of Mexico’s Independence Day.  Cinco de May actually commemorates the victory of the Mexican Militia over the French Army at the Battle of Puebla in 1862.  Cinco de Mayo is celebrated in the Puebla region of Mexico, but for some reason the holiday has taken more meaning outside of Mexico than within—kind of like how St. Patty’s Day is more popular in the U.S. than in Ireland.  If you want to join the masses and celebrate this holiday here are some things that NO Cinco de Mayo would be complete without: